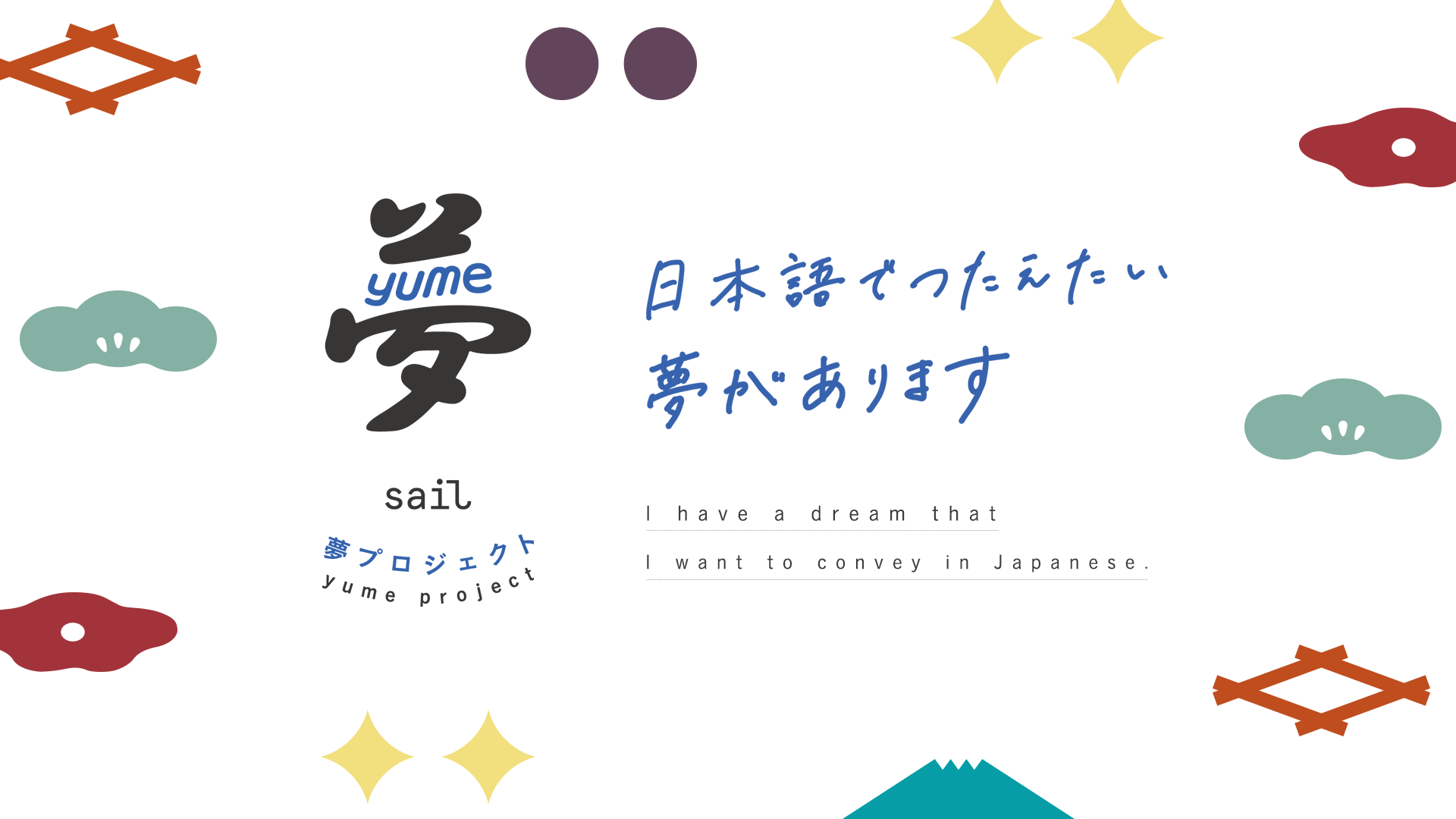 ・About the Sail Yume Project

The 1st iteration of the Sail Yume Project held in 2022 saw 1500 participants from 88 countries, and over 2 months of practice and multiple rounds of selection, 10 participants moved on to the final round to give their speech in front of 300 audience members and judges and guests from both in and out of Japan.
Prize winners will be offered experiences such as an expenses-paid trip to Japan and internship opportunities at Japanese companies.

Helte Co., Ltd., will start providing employment assistance for foreign job seekers as of this month.

▼”Sewa-katsu”: Japanese Employment Support for People Around the World
A one-stop support service for immigration to Japan, Sewa-katsu is an information matching service that takes care of foreign talent immigrating to Japan.
https://sewa-katsu.helte.jp/en/

・See what participants from the 1st Sail Yume Project have to say!

Grand Prize Winner, Radwa (Living in Egypt, planning to come to Japan in March of 2023)
When I first heard about the Yume Project, I wasn’t expecting to win, but I thought that sharing a dream that was important to me was worth a try and decided to participate. It was very inspiring to come to know people from all over the world with their own different experiences and wonderful dreams. I hope that the participants of the 2nd Yume Project will have the courage to share their dreams, whatever they may be, with the people of Japan, and with the whole world. I am very happy to have received the Grand Prize. It was a wonderful experience, full of hope, excitement, and inspiration.

Helte Prize Winner, Solen (Living in France)
My dream is to work as a care worker in Japan, so I wanted to share that dream with others. I was very happy to have made it to the final stage, and I want to work even harder to achieve my dream. Even now, when I think about the Yume Project, it gives me strength. If you have a dream, please believe in it and work hard to make it come true.

Audience Prize Winner, Ren (Living in Taiwan, offered a job at a Japanese pharmaceutical company)
By participating in Yume Project, I felt that my world had expanded. I realized that there were so many friends studying Japanese around the world, and I became motivated to work hard together with them. I also realized for the first time just how brightly I was shining as I worked hard to achieve my dream, and I became more confident in myself.

・What is "Sail"?
Sail is a communication service that connects Japanese learners around the world with Japanese people in a safe and enjoyable environment.